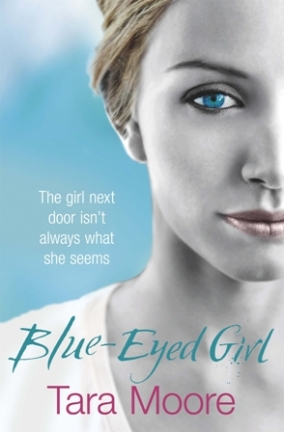 Today is publication day for my latest novel, Blue-Eyed Girl.  It was a day that, at one stage, I thought would never happen, given how I spent a great deal of last year in the grip of depression. Looking back, there are whole swathes of 2011 that I can hardly remember but, perhaps, that’s just as well.

Sometimes, there is a trigger event that causes the depression and, in my case, that event was the death of my mother.  I can’t pretend it was totally unexpected. She had, after all, been suffering from Alzheimers for many years and, indeed, hadn’t even recognised me for some time. I was ready, or so I thought, even wished release for her, given the awful suffering she had endured for so long. And yet, when she finally passed away, I found myself swept up in such a tide of conflicting emotions that I was knocked totally off-balance. For months!

Suddenly, where my mother had been, there was a yawning gap. One, that could not and cannot ever be filled by anyone else. My relationship with her was uniquely ours and nothing to do with anyone else. It wasn’t an easy one. On the contrary, it was full of conflict and pain. She could slay me with a look or a word, and she by God did. Sometimes, I felt so miserable, so low and diminished that I wanted simply to disappear off the face of the earth, never to be seen again.

She was volatile, a creature of swingeing moods. Often, as a child, I crept home from school on tentherhooks, only daring to breathe again when I found her in a good mood. I loved those good moods, for then she would sing and laugh and tell us stories, wonderful stories of her childhood, funny stories made up on the spur of the moment, and heart-stopping ghost stories that made us creep fearfully to our beds and peer out like frightened mice from beneath the bedclothes.

My father called her Birdie after the sheen of the blackbird’s wing. She had long black hair, blue-eyes, porcelain skin; she was a true Irish beauty who  capitivated him from day one and held him captive throughout their long marriage. In truth, she holds him captive still.

Indeed, we are all captive because she, more than anyone else in our lives, exerted the greatest influence. She was the barometer round whom we danced. A word of approval, and we were putty in her hands. An unkind word and we, me more than anyone, was eviscerated.

And now she is gone, yet not gone at all. For we, my brothers and sisters are of her and we carry her legacy, the good, the not so good, within.  I have questions for her that I never dared to ask and which, now, I never will get the opportunity to ask. Perhaps, I never would have been brave enough anyway.  There are loose ends flapping about, which unlike those in my novels, will never now be tied up in a neat, pretty bow.

But the depression has finally lifted and Blue-Eyed Girl has been sent out into the big wide world. My mother is mentioned in the acknowledgements, as I will acknowledge her throughout my life for, in great part, she made me what I am. Whatever the conflict between us, I know she would be proud.

So, Mum, roll out the red carpet in heaven – your own Blue-Eyed Girl done good!

Error: Twitter did not respond. Please wait a few minutes and refresh this page.