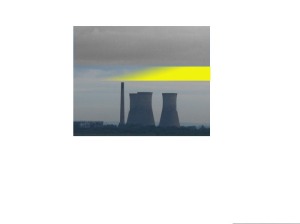 I remember my first walk on the West Cliff of Ramsgate, gazing across Pegwell and, shock, horror, seeing three ugly cooling towers looming like squat ogres in the distance. But, it wasn’t long before I came to regard them with great affection.  True, they won’t win any beauty contests – they are what they are – 1960s industrial architecture. Nevertheless, there is a pleasing symmetry to them. They have grown into their surroundings and give scale to an otherwise flat and featureless landscape. I love to watch the play of light as the sky changes above them or see them gently enshrouded in early morning mist. They are affectionately known in our family as The Three Fat Sisters (the chimney is the anorexic!). When returning from our travels somewhere, there is a contest to see who can spot the towers first, and a sigh of contentment goes up that we are almost home.

Now, of course, this is all sentiment and progress isn’t built on sentiment. If, as has been suggested the towers are unsafe then, of course, there is an argument for tearing them down. If they can be replaced by an industry that will bring employment into the area, then I can see the logic in that too.  However, I wonder if the full potential of the towers has been explored, if, for example they could be turned into a museum, art gallery or restaurant, the land roundabout landscaped into a pleasant park or designated an official nature reserve. There are, I believe, some plans to build a recycling plant, including an incinerator which, presumably, will require chimneys with ensuing blasts of pollution. Is this likely to be any less a blot on the landscape than the towers?  Surely not.

My position is plain. I like them and, ideally, I’d like them to be given a new lease of life, long to reign over us.  On the other hand, the devil on my shoulder tells me that I am not an engineer, I have no knowledge of what is entailed in such a venture, the feasibility or the expense. I just hope that whatever decision is made, it will be the right one for the area and that we will all be happy. But, what are the chances of that?

Have your say. Write to Thanet District council on planningservices@thanet.gov.uk

PS.  A page on Facebook has been also been set up, Save the Richborough Towers, 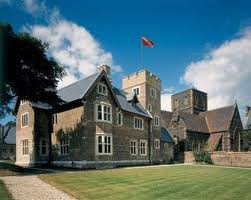 When I married my husband I didn’t realise he was part of a BOGOF offer and that I would get two for the price of one. The extra marital relation in question is my brother-in-law, or, the Philistine, as I like to call him. Yes, Kevin Moore, you know who you are. Worse still, our Kev cheerfully admits to this failing and positively revels in his ability to reduce me to a red-faced gibbering wreck in front of ‘them wot ‘ave a bit of culture’.  Take our latest sortie to Pugin’s Grange in Ramsgate – the memory still has the power to bring the blood rushing to every extremity. Firstly, let me make it plain it wasn’t our intention to visit said establishment; we were, in fact, on our way to a local caff to sample the quality of the greasy spoon. But, and this is a rarity, the Grange was having an open day and, having lived for six years in the area, with nary the chance to poke my nose inside the door, I was in like Flynn. The problem is, our Kev was in behind me like Flynn’s hip replacement. Nevertheless, things got off to a reasonable start as I joined my oohing and aahing to that of a small, but select, group of Pugin aficionados. Happily, I craned and strained my neck to gaze at the wonders of the ornate ceilings. Reverently (when the guide wasn’t looking) I brushed my hand along the faithfully reproduced wallpaper (pretty garish, to tell you the truth, but who knew green and orange could work!). Overawed, almost to the point of tears, I gazed with longing at the Minton tiles (the tears were because mine are from Wicks and common as muck, as well as cracked). Still, all was going well and I was beginning to bask in that warm feeling of inclusion amongst your betters (a bit like when you were at school and the Head Girl let you polish her shoes with your tongue), but then we entered the dining room and things took a turn for the humiliating. A DVD recounting the story of Pugin’s life was playing in one corner, around which some of his more fanatical disciples, hungry to learn more of their master and hero, had gathered. I was hungry too (remember, we still hadn’t been to the caff), but hoping to milk my sense of cultural camaraderie, I was tentatively making my way to the edges of the worshippers when a sonic boom rang out.

‘Hey, babe, look at the size of this dining table. That would be perfect for doing my modelling or for making my jigsaws. Look, I could have a 25,000 piece one at each end. I could have my tools up this end . . .’

Believe me, had I not been dying of humiliation, I would have taken great pleasure in shoving his tools up whichever end he liked. Instead, my red face clashing horribly with the wallpaper, I slunk away, an outcast from cultural society, all thanks to my extra marital relation. Had I a bell, I would have rang it – unclean, unclean. Instead, I wended my weary way up into the bell-tower, figuring the panoramic view over lovely Thanet might go some way to restoring calm. Boy, was I was wrong! As I, and the small number of other asthmatic-sounding sightseers, excitedly looked for landmarks and gazed across the Channel to France, the sonic boom sounded once more, almost toppling us over the parapet.

‘Hey babe, this would be a great place to site a sniper rifle. You could set it up right here and bang, bang, bang . . .’

Cue gasps of outrage and and magenta faced as I schlepped all the way back down and into the Abbey next door. Even Kev, I figured, would have the grace to keep quiet in the sanctity of the church.  Big mistake! Mega!  As I left the side chapel, having duly admired a wonderful carved frieze depicting the Stations of the Cross, he called me back, his voice echoing up to the vault ceiling and reverberating off the stone walls making even the gargoyles cover their ears.

‘Hey babe, look at this. One of the soldiers is wearing an Italian helmet. It should be Roman. They didn’t have Italian helmets back in those days.’

I could hear the sound of Pugin swearing in his grave. That man has a gob the size of the Grand Canyon. Not Pugin!

Had I known the day I got married, what I know now, I would have looked straight at my brother-in-law and shouted BOGOF!  Instead, he was the best man.

PS. For those of you not afflicted by philistinic relations, the Grange and the Abbey are well worth a visit. It is owned by the Landmark Trust. You can find out more on: http://www.landmarktrust.org.uk/visiting/opendays.htm 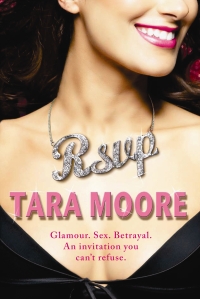 The Granville Midsummer Ball is always an affair to remember. The who’s who of Irish society gather at Carrickross House – the rural family estate – for a night of revelry. But this year’s soiree is extra-special: matriarch Honoria is announcing her grandson Rossa’s engagement to Ashling Morrison. Ashling has been swept off her feet. Tall, dark and handsome, Rossa’s the perfect catch, but is he too good to be true? Why is Honoria so keen to make Ashling – stepdaughter of her life-long enemy Coppelia – part of the Granville clan? Can Rossa’s brother Carrick hold on to his position as rightful heir? And will ruthless Coppelia have her way? With the promise of distinguished company, drinking, dancing and murder…who could possibly refuse this invitation? Repondez s’il vous plait.

One of six children, Tara Moore was born in Kildare but spent her formative years in the Middle East. Tara always harboured a passion for writing but that was initially eclipsed by her passion for music, dancing and unsuitable boyfriends. She now lives in the beautiful harbour town of Ramsgate with her husband and two sons.

Read an interview on: http://www.independent.ie/lifestyle/independent-woman/celebrity-news-gossip/calm-after-the-storm-2124745.html

Ramsgate is better known for its Royal Harbour and architectural heritage (Pugin woz ere), than as a shopping Mecca, especially now that many of the shops have relocated further afield to Westwood Cross . Therefore, one might think it safe to let an impulse shopper like me out without a carer.  One would be wrong, which is why I am now giving house room to a massive, great, partially working 1960s stereogram, which I somehow managed to convince myself was the missing key to eternal happiness.  I wouldn’t mind, but I only went out for a packet of spuds and a couple of lamb chops. My mistake was in taking the car, because then I had to park it, and if I had walked, then I wouldn’t have had to park it, and so I wouldn’t have come within an ass’s roar of the second-hand (make that fifty-hand) furniture store.  But lo it came to pass that I had to pass it and then after I had passed it, it occurred to me that we were in need of a wardrobe for the spare room. So I actually retraced my steps and ventured inside, even though the woodworms were all out openly sunning themselves and chewing the fat (or the wood) on the ancient furniture outside. I should explain that, at the moment, I am suffering from a Victorian period (which is a different kind of women’s problem, in that it involves lots of oak, aspidistras and stuffed birds in glass cases).  To wit, Ikea simply would not do.  I wanted wood, real wood from real trees. I wanted craftsmanship that had lasted for a hundred years, drawers that didn’t fall apart (don’t be smart!), carvings and cabriole legs (shut up!).  You get the picture? What I got was a 1960s stereogram with a turntable that turns, only not at the right speed (or could it be that James Blunt has developed a shocking speech impediment?), and an impressive looking radio that looks as though it might communicate with aliens. In fact the whole thing might even be an alien.

‘It  could have been worse,’ I told my long-suffering husband later, when he opened his mouth to lodge an objection.  ‘I was very tempted by the 20ft Indian Totem Pole.’ Besides, it was our third wedding anniversary and he hadn’t bought me a present. Ladies and Gentlemen, you heard it here first – there will not be a fourth.  On a happier note, though, the stereogram does have cabriole legs (and just a teeny weeny bit of wood worm)!

Error: Twitter did not respond. Please wait a few minutes and refresh this page.